This classic exchange today, on the 11th anniversary of Paul leaving us.  So much to talk about this year.  Our return to the Hudson Valley, officially graduating from college, Steph and Joe moving into their first house. More babies!  Things are going well.  As well as they can go without him here.  I still have those moments, now over a decade later, where I want to pick up the phone and tell Paul about a Monty Python Moment that occurred, usually during my commute.  I've been seriously considering finding a storytelling group somewhere and honing my abilities by spinning a good tale or two. Maybe telling Paul stories at The Moth or somewhere else in the city is something to aspire to.  We miss you!
at December 22, 2018

A poem for Paul

14 Years have passed us by While families grow and on we fly I hope you know what good things befell  To your family and friends since you s... 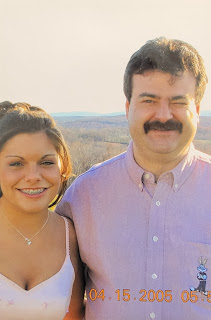